James Baldwin Among The Philosophers

James Baldwin’s work is widely recognized for its religious overtones and influences as well as for its critiques of racism and heterosexual norms. This exhibit displays books and essays by James Baldwin, alongside philosophical works that engage his work. As a teenager he questioned the role of the church in the African-American community and by 1944 was living in the artist community of Greenwich Village, with his roommate and lifelong friend Marlon Brando.

Baldwin rose to prominence after the publication of his first novel in 1953, Go Tell It on the Mountain, a semi-autobiographical account of his childhood. By the 1960s, Baldwin had become the most recognizable African-American writer in the U.S. and the de facto spokesperson for the Civil Right Movement, a title he opposed.

Life is tragic simply because the earth turns and the sun inexorably rises and sets, and one day, for each of us, the sun will go down for the last, last time. Perhaps the whole root of our trouble, the human trouble, is that we will sacrifice all the beauty of our lives, will imprison ourselves in totems, taboos, crosses, blood sacrifices, steeples, mosques, races, armies, flags, nations, in order to deny the fact of death, which is the only fact we have. It seems to me that one ought to rejoice in the fact of death—ought to decide, indeed, to earn one’s death by confronting with passion the conundrum of life. One is responsible to life: It is the small beacon in that terrifying darkness from which we come and to which we shall return. One must negotiate this as nobly as possible, for the sake of those who are coming after us. But white Americans do not believe in death, and this is why the darkness of my skin so intimidates them.

James Baldwin, The Fire Next Time

His work is equally important as a contribution to American philosophy. Cornel West dubbed Baldwin a “Black American Socrates” since he “infect[ed] others with the same perplexity he himself felt and grappled with: the perplexity of trying to be a decent human being and thinking person in the face of the pervasive mendacity and hypocrisy of the American empire.” (Democracy Matters: Winning the Fight against Imperialism [New York: Penguin, 2004] 80). 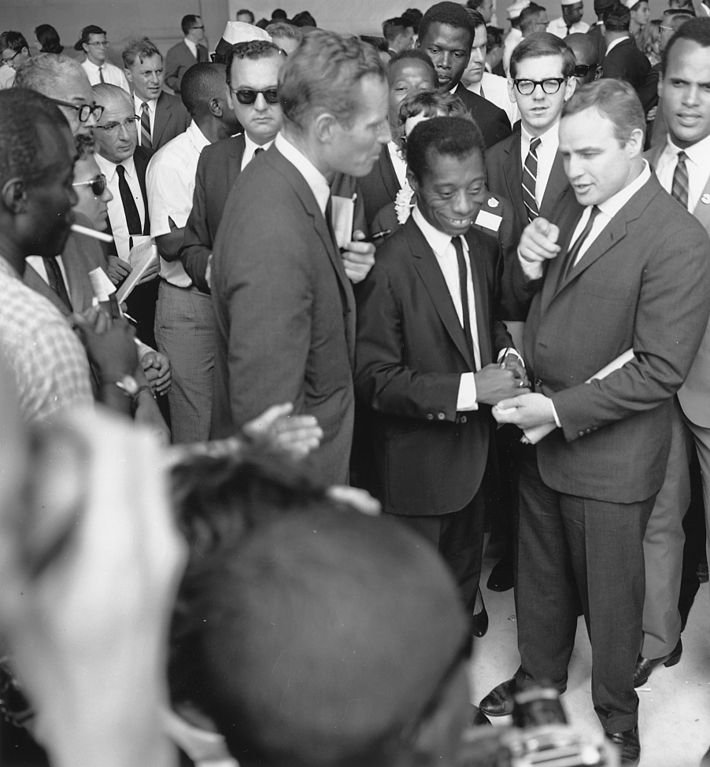