Another notable item in the library’s Map Collection, is the 1977 World Ocean Floor Map sponsored by the Lamont-Doherty Geological Observatory. Marie and Bruce were able to create this first complete physiographic map of the world’s ocean floor due to depth measurements collected by United States Navy submarines. Heinrich Berann painted the intersections of the ridges and continental plates on Earth, including the Mid-Atlantic Rift Valley Marie noticed in the 1950s. Tragically, Bruce passed away in 1977 on a mapping expedition, and never witnessed the publication of their monumental endeavor. Few cartographers loom quite as large as Marie Tharp in terms of the scope of contributions made to ocean geography in the mid-twentieth century. The selection of these particular maps from the library’s collection function merely as a symbol of her enduring legacy in the scientific community. 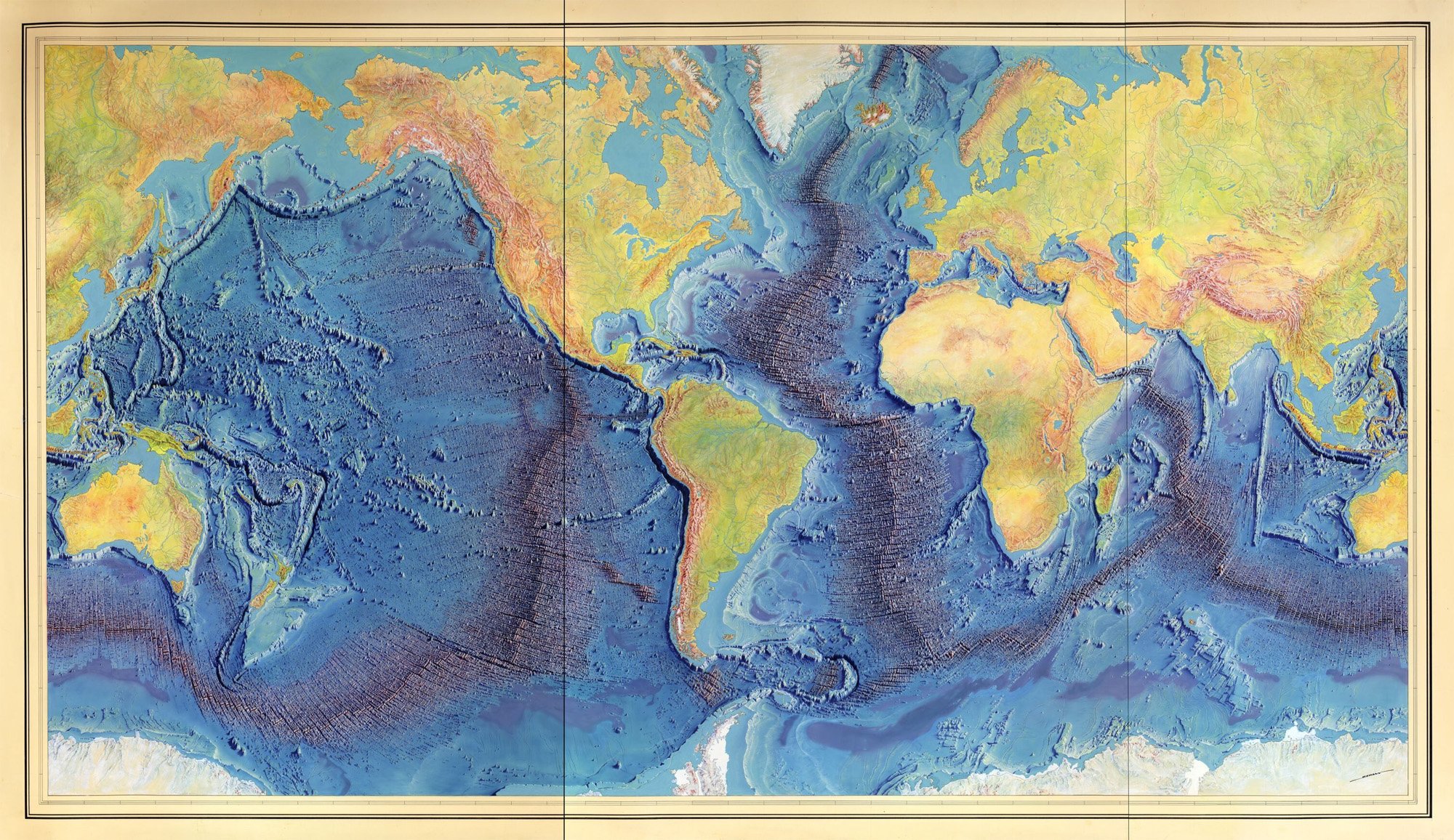