Collections & Exhibits > Exhibits > Reading the Greens: Books on Golf from the Arthur W. Schultz Collection > WOMEN ON THE LINKS

WOMEN ON THE LINKS

Although Britain was the home of golf, British women initially received little hospitality from male golf clubs. Women golfers in the mid-nineteenth century had no choice but to play golf separately and form their own golfing organizations. In 1868, forty-seven women established the Westward Ho! and North Devon Ladies' Club, one of the first of the ladies' golf clubs. By 1900, 130 women's golf clubs had been created in Britain.

While some private American golf clubs remained resolutely all-male, others welcomed women onto the golf course for regular play and tournaments. Particularly at the new American country clubs, with their emphasis on recreation and social life for the entire family, women played an important part in the organized development of golf and other athletic activities.

American women also made their mark in competition at the national and international level. "Babe" Didrikson Zaharias, golf medal winner in track and field at the 1932 Olympics, developed into a powerful golfer who won the U.S. Amateur championship, won thirty-one American tournaments, won the U.S. Women's Open five times, and was the first American woman to win the British Amateur championship. She is regarded by many to have been one of the greatest athletes of the century. Other U.S. Open winners included Patty Berg, Betty Jameson, and Louise Suggs, who was the U.S. national champion in 1947 and British champion in 1948.

American women golfers, like their British counterparts, played a significant role in defining the standards of competition and the character of play. In the books they authored or in which they were featured, these women led the way in helping to ensure that golf would remain a sport open to anyone, man or woman, with the interest and determination to meet its demands. 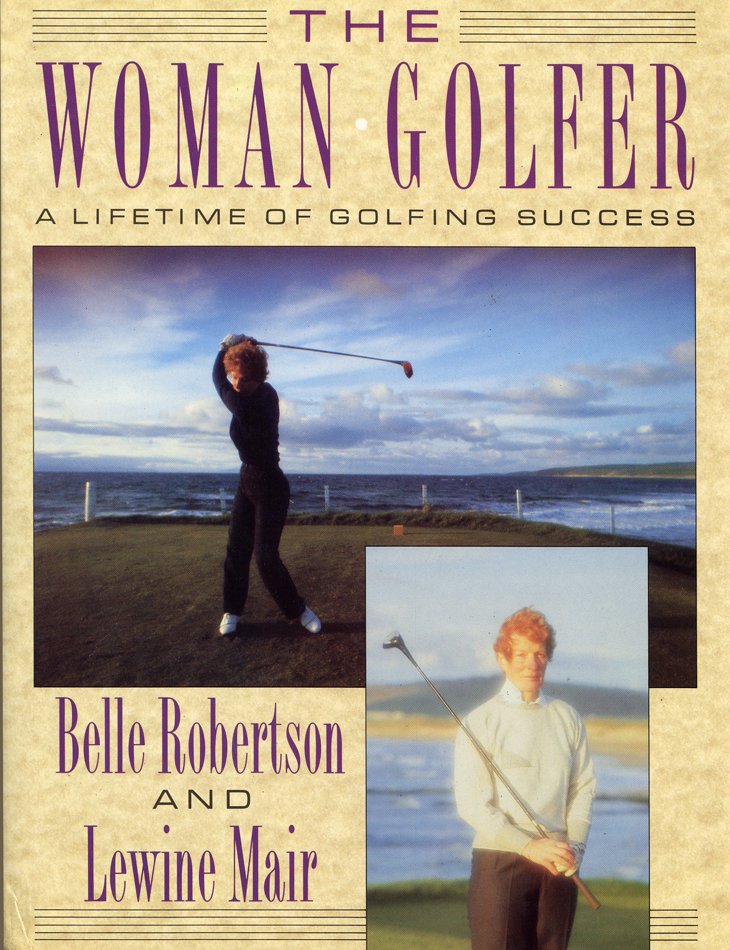 The Woman Golfer. A Lifetime of Golfing Success
Belle Robertson, and Lewine Mair