Wilson & Co. evolved over the years to adapt to a changing market and changing leadership. The business began in 1916 when founder Thomas Edward Wilson took control of the Chicago meat packinghouse, Sulzberger & Sons Co., and rebranded it as Wilson & Co. By 1917, the company ranked as one of the 50 largest industrial corporations in the United States, and continued to employ thousands of workers at its plant in Chicago until the 1950s. 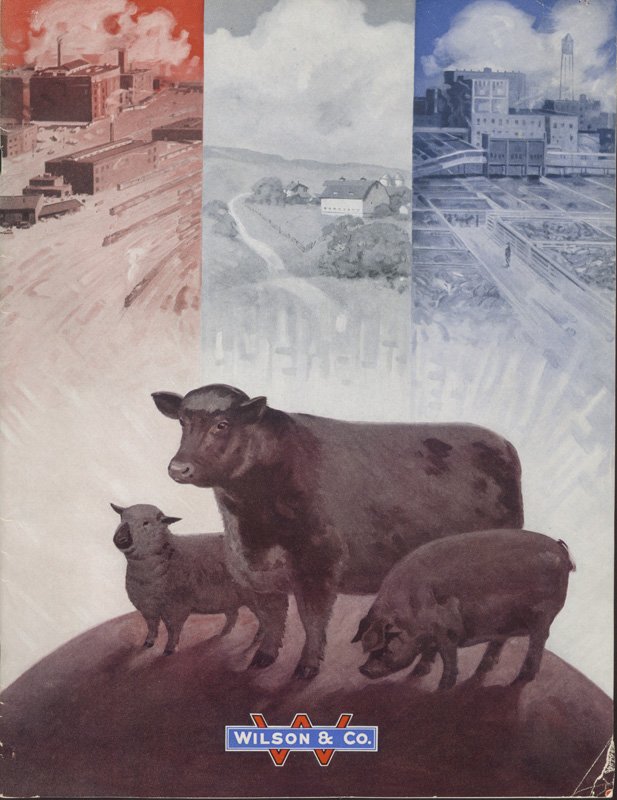 Thomas Edward Wilson is named President of the Chicago meat packing firm Sulzberger & Sons Co. after banks force a change of management. Sulzberger & Sons had been accused of German sympathies when a shipment of meat was intercepted by a British blockade.

Wilson & Co. ranked as one of the 50 largest industrial corporations in the United States.

Edward Foss Wilson is named President of Wilson & Co., and Thomas E. Wilson becomes Chairman of the Board.

Edward Foss Wilson becomes Chairman of the Board of Wilson & Co.

Wilson & Co. is acquired by Ling-Temco-Vought, Inc., and its headquarters are transferred from Chicago, Illinois to Dallas, Texas.