Collections & Exhibits > Exhibits > From Sausage to Hot Dog: the Evolution of an Icon > History > Wurstmaxe

Mobile sausage sellers called “Wurstmaxe” were common in German cities until recently when they were confined to fixed stands. This cartoon by the celebrated artist Heinrich Zille (1858 –1929) is accompanied by a caption in Berliner dialect saying that the children should not open their nostrils so wide, or they’ll take away all the [delicious] smell of the sausages. 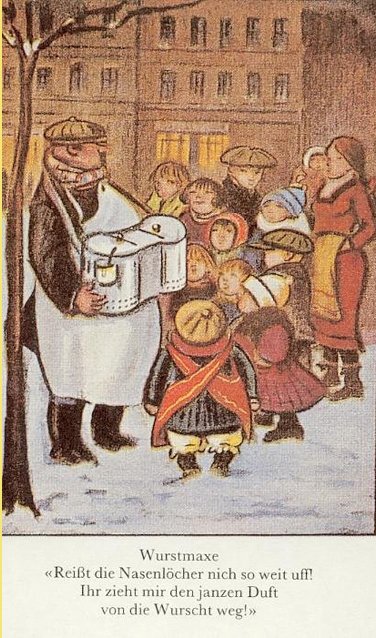