Modern materials from the 20th and 21st centuries provide special challenges for conservators. Before the industrial revolution, books and other objects that libraries collect were made using traditional materials and techniques. Artists, bookbinders, papermakers and others involved in making these objects were limited in their materials and practices. The drive to accelerate production and reduce costs precipitated the use of inexpensive components and techniques. These changes, along with the increased speed of technological innovation, created modern materials that deteriorate at a much faster rate than their older counterparts. In addition, the complex chemical makeup of some of these objects increases the difficulty of preserving them.

This 1960s diazotype is fading in some areas and darkening and discoloring in other areas. The diazotype was the most popular photoreproduction technology of the early and mid-20th century. Diazotype chemistry is extremely complex and numerous chemicals are left behind in the paper by the production process, resulting in a conservation quagmire.

These music score photoreproductions, known as ozalids, may be diazotypes or other 20th century photoreproductions. The score on top was copied in the 1980s. The similar score on the bottom was copied in the 1940s. It is clear that deterioration proceeds quickly with these types of objects, but what is going on chemically is difficult to determine.

The complex chemistry of the many photoreproductive technologies used, before Xerox (electrostatic photocopying) became the dominant process, makes testing and determining chemical content difficult. These samples of 20th century photo reproductions have been used in testing to determine chemical content and appropriate conservation treatment. 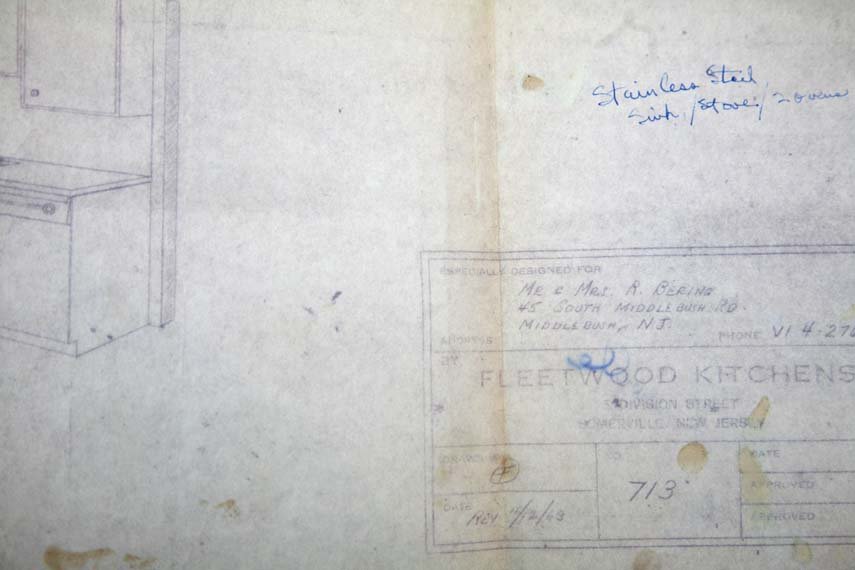