Conservators and conservation scientists use various forms of instrumental analysis to identify and characterize materials. In the example shown, Fourier Transform Infrared Spectroscopy (FTIR) was used to compare three photoreproductions all believed to be diazotypes, only one of which had been conclusively identified as such. The nondestructive analysis allowed conservators to determine that the unidentified objects were not chemically identical to the known diazotype, and that further study was needed to characterize them. 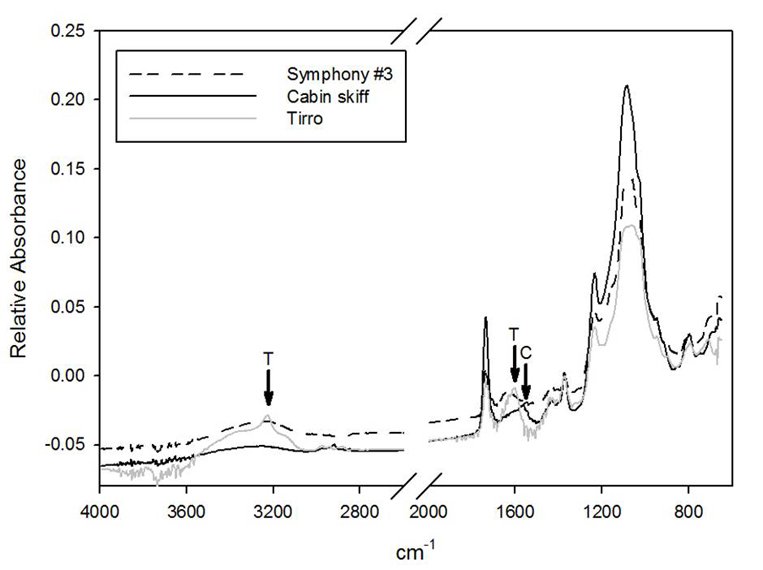