Concrete poetry plays on the tension between the meaning of a poem and how it takes shape on the page. Emphasizing the materiality of text and its spatial configuration, Eugen Gomringer considered it the task of concrete poetry to generate a “concrete presence.” Although he may not have expected such an association, this emphasis on what might be called the “event” of the poem may explain why many concrete poets would go on in the 1960s and after to be involved in performance art. A fascination with presence, embodiment, and materiality binds together all the books in this exhibition.

The visual, perceptual action invited by Gomringer’s poem “ping pong,” Gerhard Rühm’s bewegung, and Hansjörg Mayer’s typoaktionen intersects with Claus Bremer’s contention, articulated in the poem presented here, that “The activity of the reader allows the text to happen.” Even more corporeal and visceral, Robert Filliou’s “action poem,” called “Yes” parodies the work of the poet in an anatomical analysis of his body and its functions. This proximity between, so to speak, the consumption and excretion of the text is nowhere more mischievously present than in Dieter Roth’s chocolate smeared volume of Poetrie or Emmett Williams’ performance-poem “the last french-fried potato,” the duration of which is equal to the number of french-fries performers consume 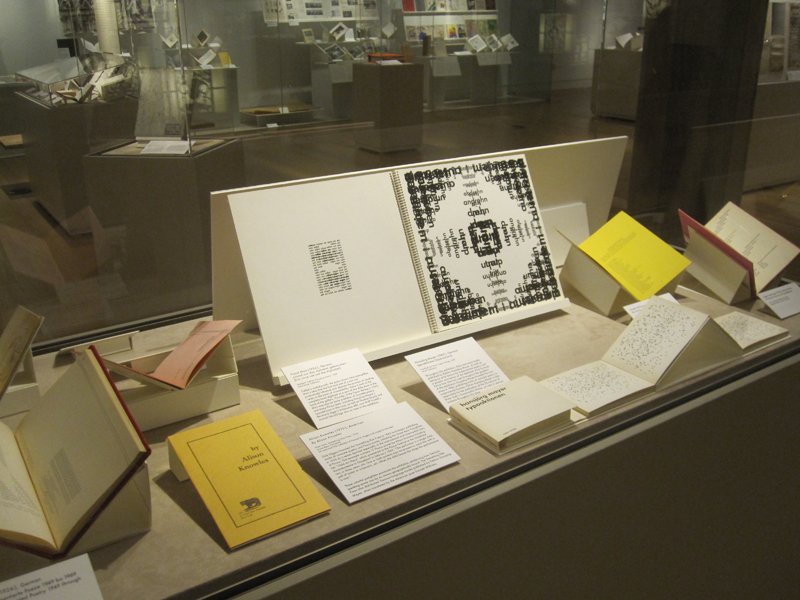 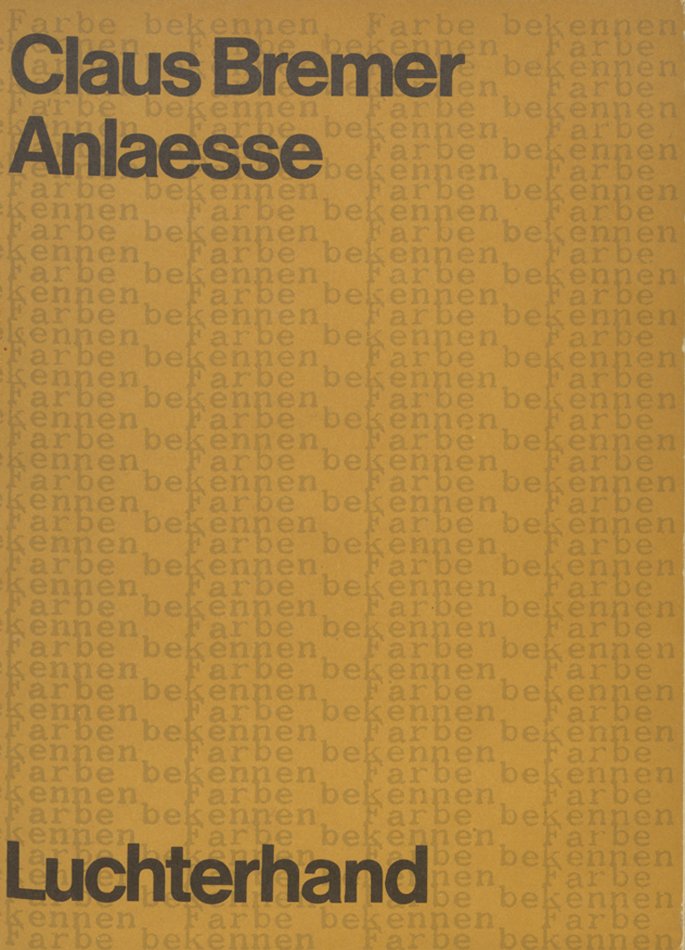