Collections & Exhibits > Exhibits > Building for a Long Future: The University of Chicago and Its Donors, 1889-1930 > Creating Women's Residence Halls

One of the University's most pressing obligations in its first years was to provide adequate housing for its students. A successful college experience, President Harper believed, required adequate on-campus living quarters, although University officials conceded that they were not in a position to provide every student with housing. Residential opportunities for women students were particularly problematic, since plans for women's residence halls were still incomplete even after the University opened its doors in 1892. Rooms in boarding houses and apartments scattered around Hyde Park served as a temporary solution to the housing problem. In addition, administrators in 1893 temporarily reassigned female students to Snell Hall, a men's residence hall funded by a $60,000 gift from Henrietta Snell. Yet officials knew that relocating students to different locations on the campus was only a short-term solution and that sufficient housing would have to be built quickly to respond to the needs of the University's women students.

Deans of Women Alice Freeman Palmer and Marion Talbot made forceful cases to compel the University to provide suitable residences for women. Under their leadership and with the support of other University administrators, especially William Rainey Harper, major donors for women's housing were soon identified. Elizabeth Kelly, among the most important of them, had been married twice—first to Carlo Hull of Lower Sandusky, Ohio, and then Hiram Kelly of Sacramento, California. When Hiram died in 1889, he left Elizabeth a considerable fortune, which she used to support philanthropies including the University of Chicago. Elizabeth Kelly not only gave $62,000 dollars to build Kelly Hall in 1893, she also contributed an additional $70,000 six years later for Green Hall, named in honor of her parents. In a final act of great generosity, Kelly left $150,000 in her will to build the Classics Building, designated the "Hiram Kelly Memorial," which was completed in 1915.

Other donors readily matched Kelly's enthusiasm. The same year that Kelly Hall was built, Mary Beecher and Nancy S. Foster each gave $50,000 to build two additional residence halls. Beecher Hall (named after the donor's late husband, Jerome) cost only a few thousand dollars more than the amount originally budgeted. Foster Hall, however, was both larger and more expensive than Kelly, Green, and Beecher Halls immediately to its north. Nancy Foster was born to a Scots-Irish family from New Hampshire and came to Chicago in 1840 as the wife of Dr. John H. Foster; she took up residence with her daughter after her husband's death in 1874. A Unitarian for much of her life, Foster's could have distanced herself from the early Baptist orientation of the University of Chicago, but she gave to the University freely without any direct solicitation. After the initial planning for Foster Hall was finished, University officials found that the building could not be erected for the amount donated. On instructions from Nancy Foster, however, her daughter assured the Board of Trustees that if the University built the residence hall, the family would pay the entire construction cost. Moreover, when the University decided to enlarge the building in 1900, Nancy Foster again agreed to pay the costs of expansion. In all, she gave more than $83,000 toward the building. Because of ill health, Foster was able to see the completed building only once before her death in 1901. 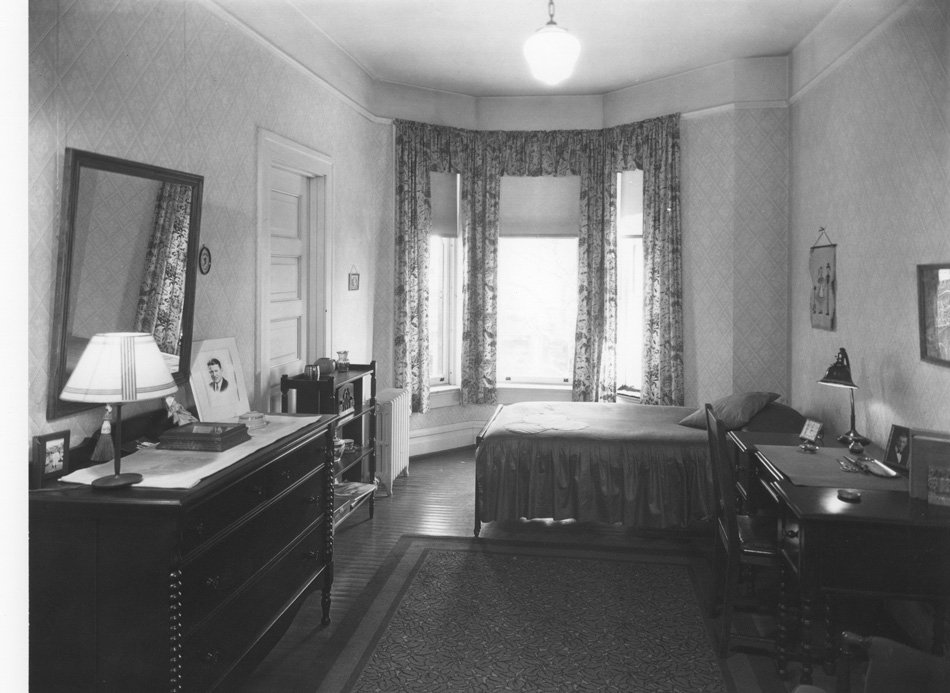