Collections & Exhibits > Exhibits > Integrating the Life of the Mind: African Americans at the University of Chicago, 1870-1940 > Founding a New University & Affirming Prior Commitments

The Old University of Chicago struggled from the start. The politics of founding donor Senator Stephen A. Douglas hindered fundraising, and the financial panic of 1857 rendered many initial subscriptions worthless.

In addition, the trustees proceeded with construction projects beyond the school's means, and the Chicago fire of 1871, followed by the financial panic of 1873 and the fire of 1874, pushed the school into greater jeopardy. Administratively, the university's situation was equally chaotic.

Union Mutual Life Insurance Company, the university's chief creditor, brought suit in 1881 to foreclose the mortgage it held against university property. In January 1885, the court found in favor of the company, and the trustees' hope of redeeming the property disappeared. In 1886, still seeking to right the ship, the trustees of the Old University tried to recruit William Rainey Harper into the presidency. He declined the invitation, and the school's doors closed a few months later.

Throughout these final years, friends of the Old University sought support from the country's leading Baptist philanthropist, John D. Rockefeller. Simultaneously but separately, a new denominational organization, the American Baptist Education Society, formed to support Baptist educational institutions. This group determined that Chicago was the right location for a new Baptist University. At this point the supporters of the Old University, John D. Rockefeller, and William Rainey Harper joined forces to found the new University of Chicago.

Although Harper had definite views about the educational policies of the new institution, he and the Board of Trustees would also build on the existing foundation: the new university continued to admit women and African-Americans. 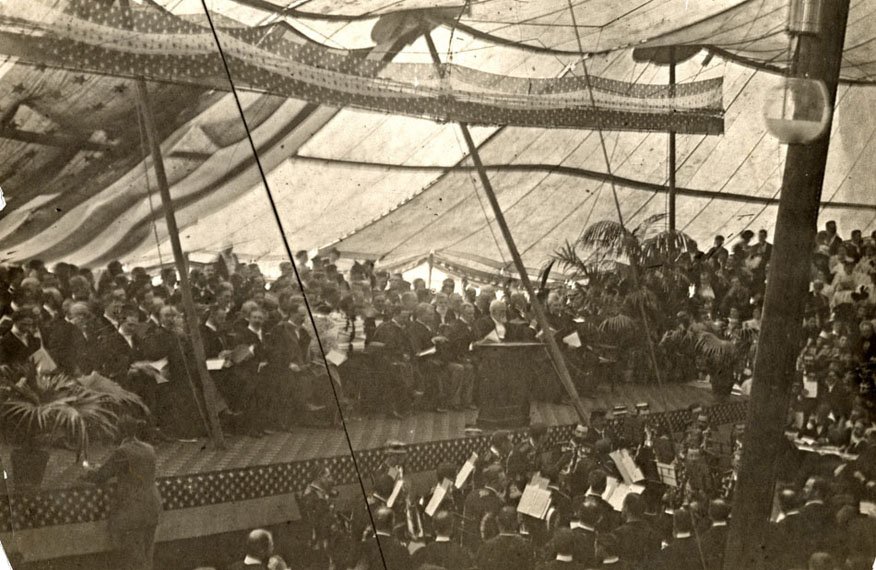