Collections & Exhibits > Exhibits > Race and the Design of American Life: African Americans in Twentieth-Century Commercial Art > Of the Kingdom of Commerce > Charles Dawson

Early in his career, Charles Dawson made his living designing "plenty of advertising featuring pleasing Negro types,  my specialty." Born on a Georgia plantation in 1889 and trained at the Tuskegee Institute and the Art Institute of Chicago, Dawson was a specialist in producing images of the race for community uplift and commercial consumption. At first he made his "pleasing" designs for Valmor and Overton, Chicago cosmetics manufacturers (the latter black-owned), that courted a black market for hair straighteners and skin lighteners.

Dawson also dedicated his talents to developing a new civic iconography for African Americans. In his poster for O Sing a Mighty Song—a pageant of black music staged for the Century of Progress exposition in 1934—and in his diorama of black history for the American Negro Exposition in 1940, Dawson expanded his "pleasing Negro types" into a grander historical vision in which African heritage and modern progress co-existed in the same frame. 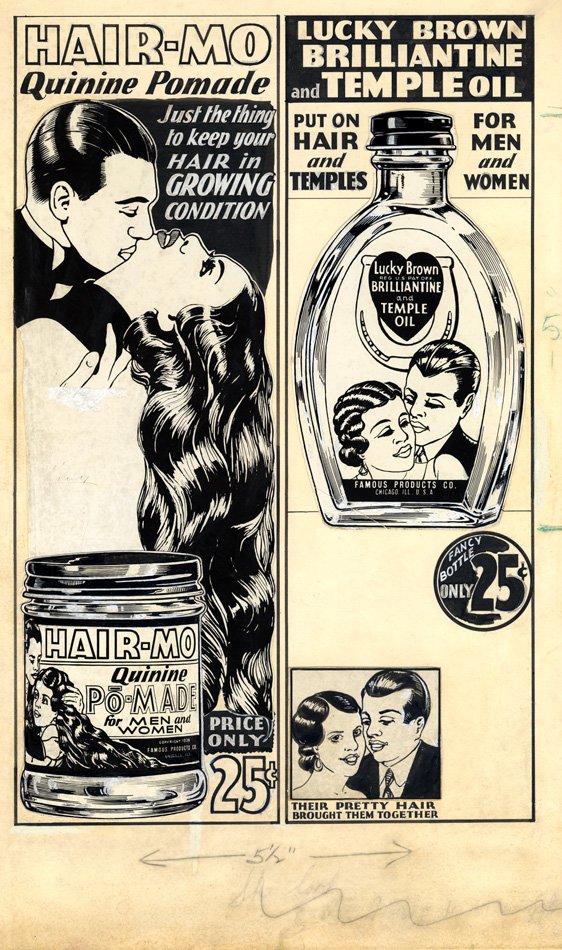 
Undated
On loan from Tim Samuelson
Designed by Charles Dawson 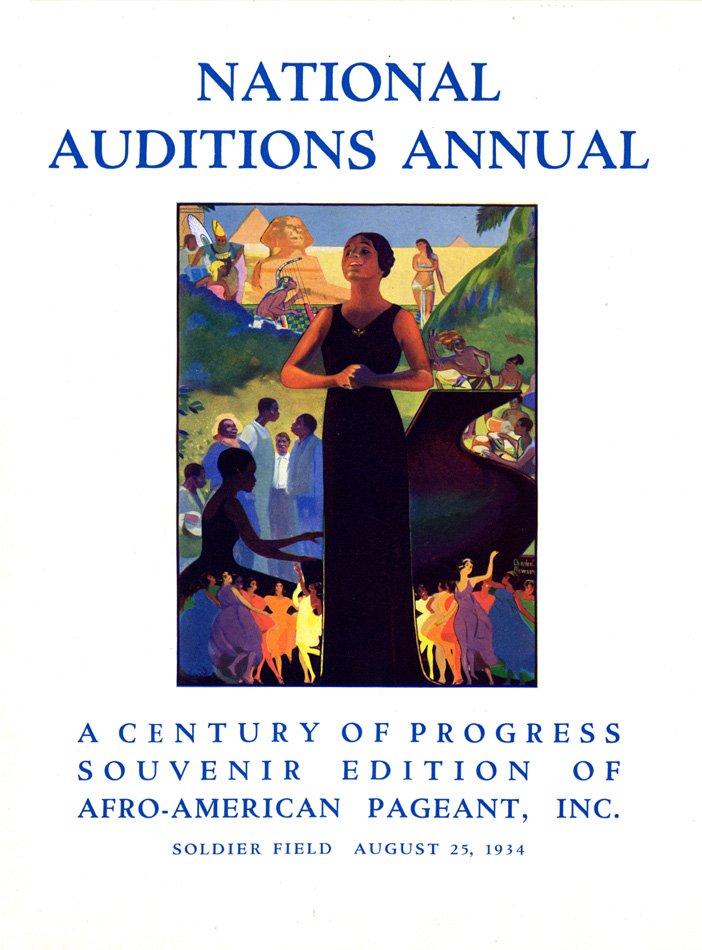