pas·quin·ade
noun
a satire or lampoon, originally one displayed

or delivered publicly in a public place.

In 1501, Cardinal Carafa set up a statue known as Pasquino in the Piazza di Parione in Rome. It became the center of an annual ritual where literati affixed satirical poems, often in Latin, to Pasquino’s base. Anonymous, bitingly caustic verses in Latin and Italian were soon posted year-round by learned and ordinary Romans, lampooning life, politics, and the elites. The poems were avidly consumed by literate and illiterate Romans alike, as citizens listened to them being read aloud. Pasquino became the mouthpiece of common Romans for expressing social and political tensions. Even today one can visit the Pasquino statue to find contemporary verses criticizing the government. 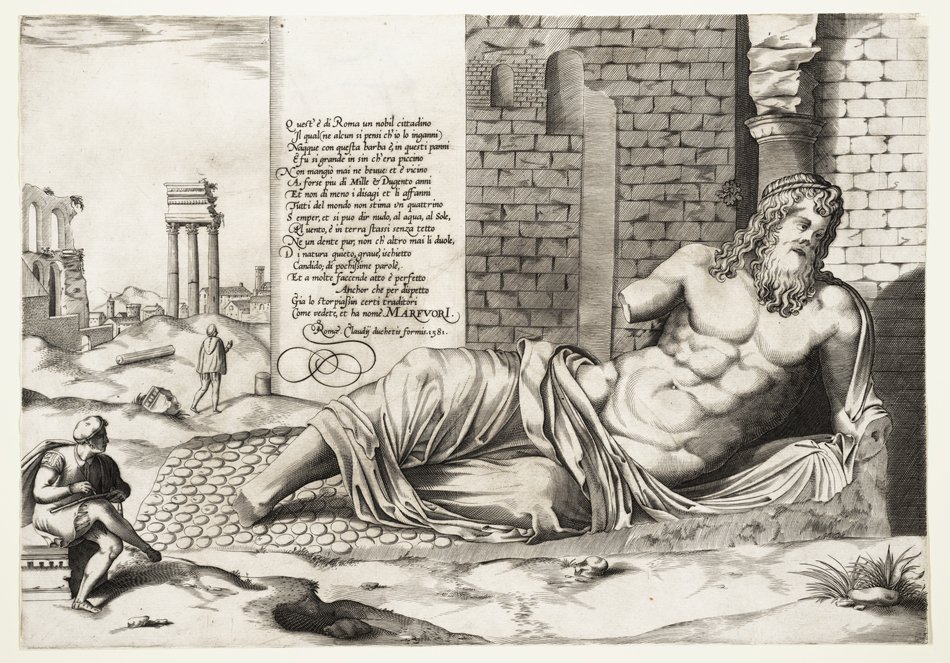 After Pope Adrian IV placed Pasquino under surveillance in 1522 to curtail anti-papal satire, other “talking statues” appeared. Posted verses often put multiple statues in dialogue, forming them into an academy called the “Congress of the Wits”—a network of dissenting, untraceable voices. This etching depicts Marforio, sometimes considered a “little brother” of Pasquino. Marforio, Pasquino and their colleagues created an early form of “social” media subversion, a comments section of sorts that continues to echo through the centuries.