How different were day-to-day religious practices of Catholics and Protestants in the early days of the Reformation, when 100% of Protestant practitioners had formed their habits and expectations about religious practice in the more homogenous pre-Reformation world?  Psalms offer a window on this question, since they served a central devotional function in both pre- and post-Reformation Christian Western Europe. Their unique biblical position as poetry that could be directly sung or intoned made them accessible at many different levels of society, an ever-popular devotional focus for both ecclesiastical and lay practitioners. In the sixteenth century, psalms appeared in liturgical and private devotional contexts, Latin and vernacular languages, musical settings for choir and congregation, luxurious manuscripts and modest prints, all throughout both Catholic and Protestant spheres.  Thus, as the Reformation splintered European Christianity into ever more diverging sects, psalms remained one of the strong continuities shared by all.  Calvinist Geneva and Catholic Paris were both major capitals of their halves of Europe’s new confessional divide, seats of political power with comparatively large and concentrated populations, both of which exerted enormous cultural influence on allied cities through their economic dominance and growing printing industries.  Thus, the ways the psalms were used and transformed in devotional books produced in these two great sixteenth-century capitals offers a window on the similarities and differences between Catholic and Calvinist religious life, not just on the level of doctrine, but on the more intimate and personal level of devotional practice and the lived experience of religiosity. 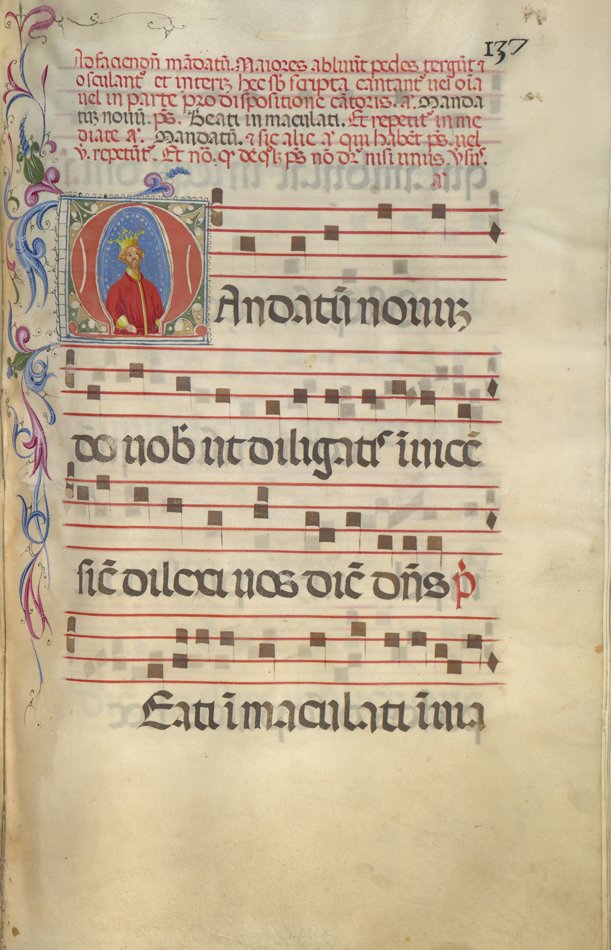 This large manuscript is a gradual—a liturgical book containing music for the Mass. Its size reflects its use in Catholic services, where the chorus sang from a single book with large script that enabled them to read it from afar. This contrasts directly with the post-Reformation Calvinist Psalter also displayed in this case, which was small enough to be used by each member of the congregation. Taken together, these books reflect opposing notions of the congregation’s role in Catholic and Protestant spheres.  The music on this page is for the foot washing ceremony on Holy Thursday, during which the chorus sang psalms.

Psalms played an important role in the reformed tradition of Jean Calvin (1509-64). The different treatments of Penitential Psalm 51 in these three books offers a window into the development of Calvinist traditions growing out of the religious tensions in Paris and Geneva. Jean Calvin’s commentary on the Psalms first appeared in Latin in 1557 Geneva, and a French edition followed soon after. Fundamental to the Protestant movement was the translation of sacred texts into the vernacular and a drive to involve all worshippers, not just priests and the chorus, in liturgical services. Psalms paired with music played a key role in achieving this by enabling the congregation to join in. The Calvinist Psalter featured the psalms refashioned into versified French with fixed meter and rhyme and set to simple monophonic melodies for congregational singing. Although polyphony was banned in Calvinist churches, composers still published polyphonic music for psalms, likely for domestic devotions or recreation. 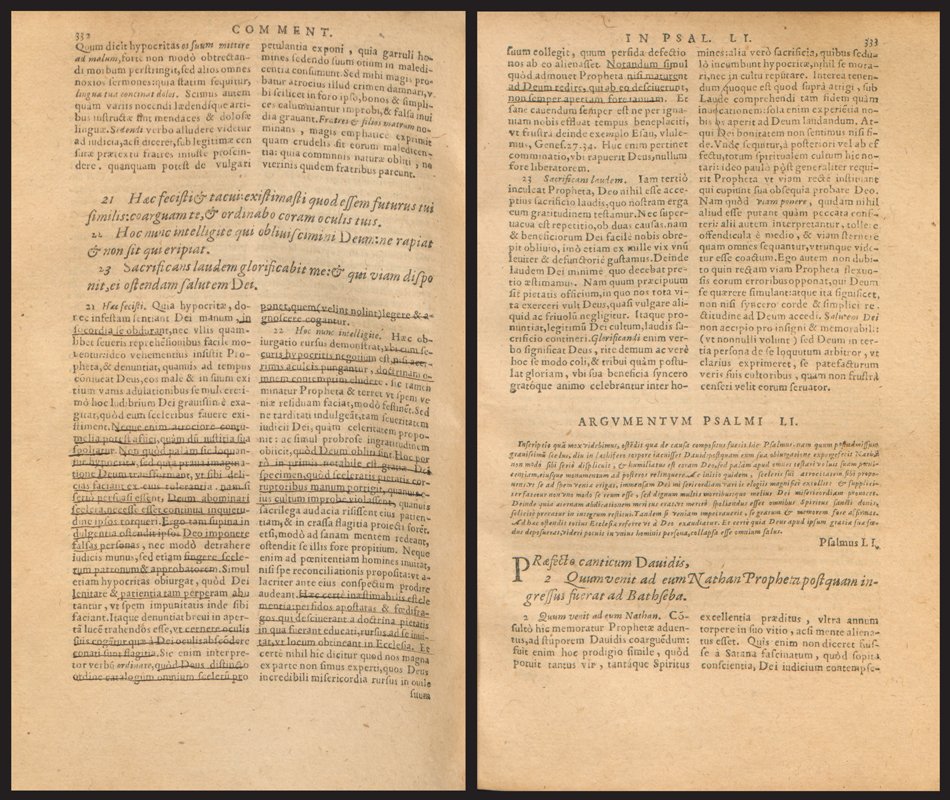 Calvin’s commentaries on the Psalms originated from a series of lectures and sermons. As he wrote in the introduction, Psalms were unparalleled models for Christian prayer as well as beautiful and powerful devotional aids covering a wide range of emotions.