Collections & Exhibits > Exhibits > A Bold Experiment: The Origins of the Sciences at the University of Chicago > Department of Biology

Charles Otis Whitman was recruited by President Harper to the University of Chicago from Clark University in Massachusetts.  While in Massachusetts, he founded and became the editor of the Journal of Morphology (in 1887).  In 1888 established the Marine Biological Laboratory at Woods Hole and became its first director.  Below are the original staff members of the Department of Biology.  All came with Whitman from Clark University:

The early energy of the institution was devoted to the development of the pure sciences "with the purpose of establishing these upon a strong foundation" to then help support the growth of other fields at the University. The University opened with a Department of Biology in 1892 and added the Departments of Botany and Physics in 1893. At the end of the 1893-4 academic year, the department of Biology was divided into five departments: Zoology, Botany, Anatomy, Physiology, and Neurology. Later still was the department of Paleontology distinguished as a separate entity from the Biological Sciences.

Despite the departmental separations, William Rainey Harper, the first President of the University of Chicago, believed "that the lines of departmental organization may not be strictly drawn. From a more scientific point of view, it is quite certain that the study of special problems will carry the student into two or more of the different Departments as they are now constituted... A spirit of co-operation has grown up which has shown itself in many ways, and from the more developed growth of which much good may be expected." 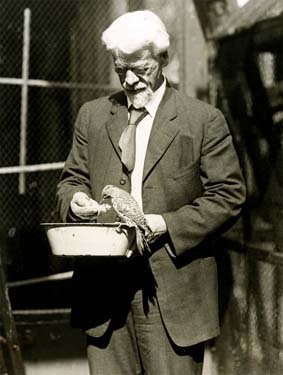