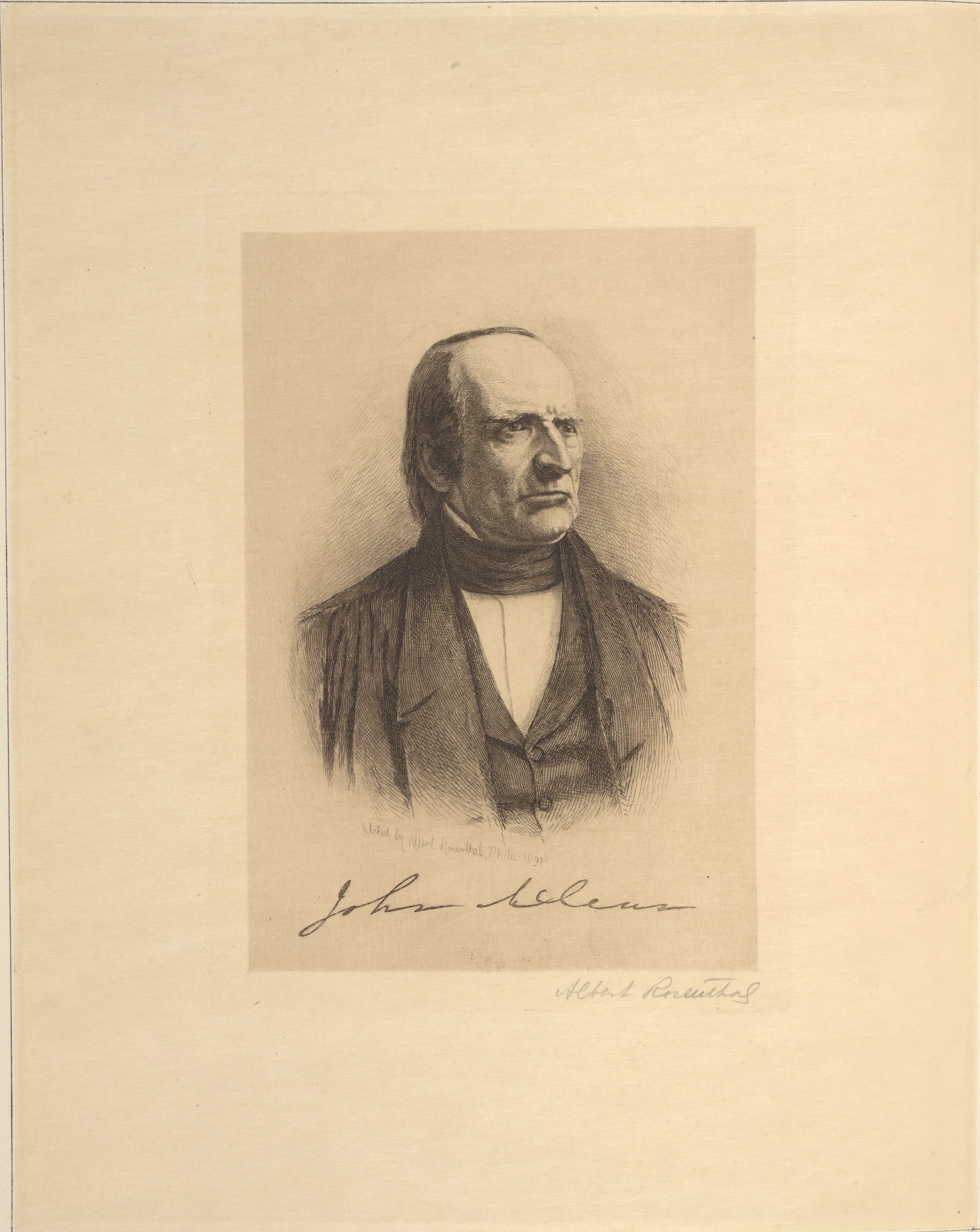 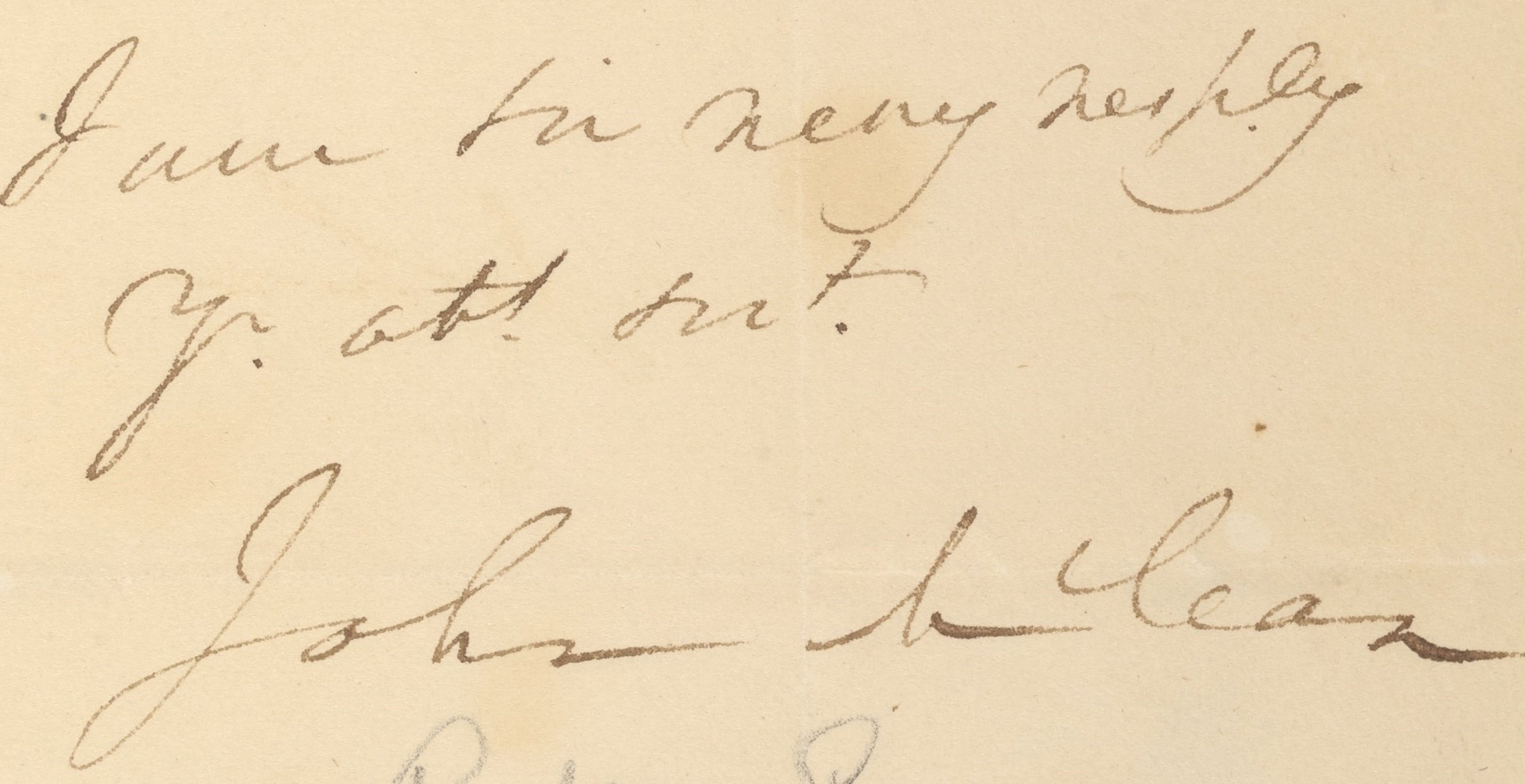 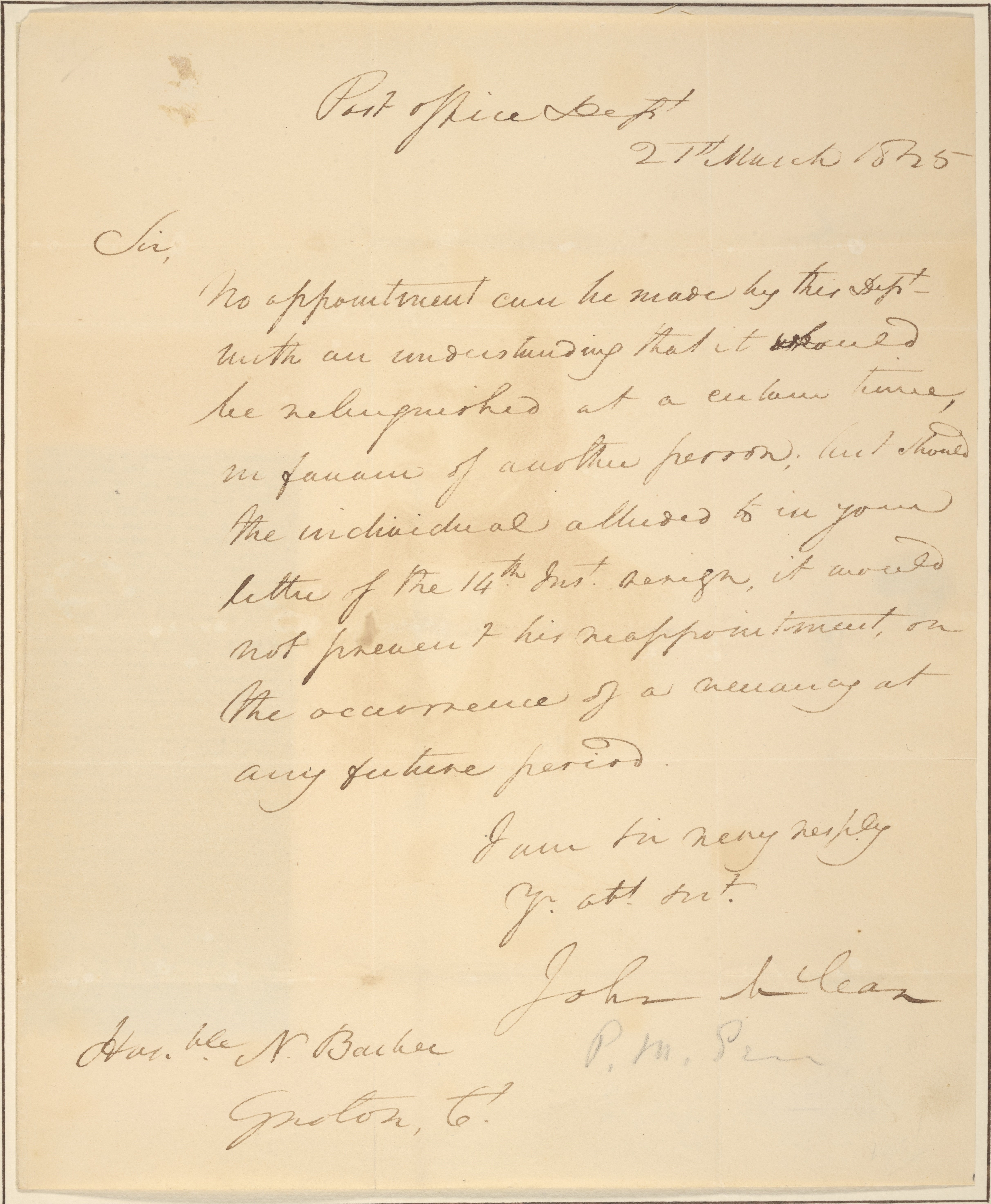 No appointment can be made by the Dept. with an understanding that it would be relinquished at a certain time, in favour of another person; but should the individual alluded to in your letter of the 14th Inst. resign, it would not prevent his reappointment, on the occurrence of a vacancy at any future period.

I am sir very resp.ly 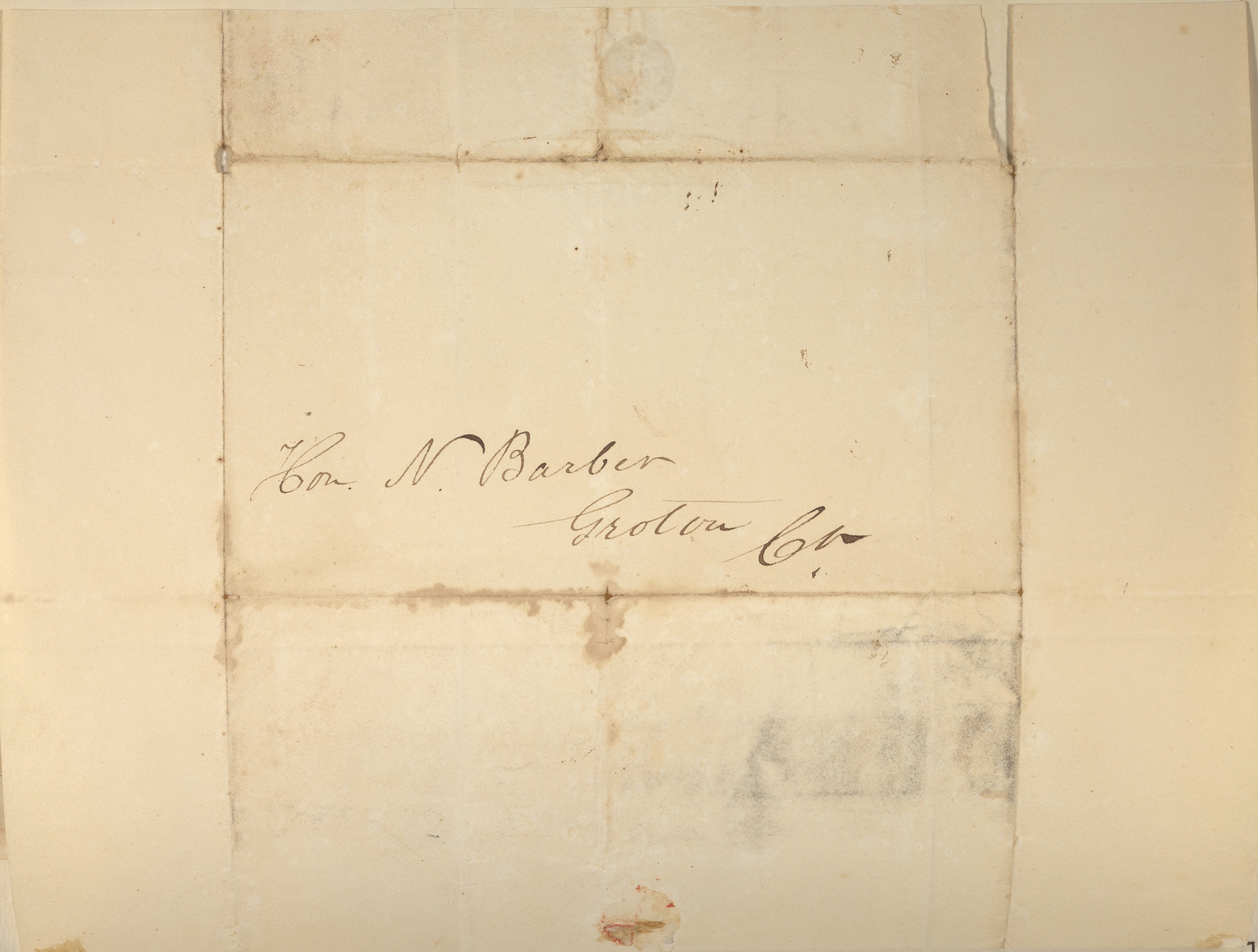 Transcription of the Article:

The Ohio man appeared on the Supreme bench in 1829, when President Jackson appointed John McLean. He was born in New Jersey in 1785. His father went West in 1789. Young McLean managed to secure a good education and study law. He was successful in its practice, and in 1812 was elected to Congress and again in 1814. He supported Madison, and originated the law to reimburse individuals for the loss of property in the public service. He also introduced an inquiry as to pensioning the widows of fallen officers and soldiers. Declining an election to the United States Senate in 1815, the next year he was elected Justice of the Supreme Court, holding it till 1822, when Monroe made him Commissioner of the General Land Office. The next year he became Postmaster General, not then a Cabinet office, remained through Adams' administration, and was invited to remain by Jackson, but declined because he differed with the President on the subject of appointments and removals. Jackson then offered him the War and Navy Departments in succession, and on his declining appointed him on the Supreme bench. He was one of the most eminent Justices of his time. His charges to grand jurors were noted for eloquence and ability. In December, 1830, he delivered a charge regarding aiding and abetting "unlawful military combinations by our citizens against any foreign government with whom we are at peace," with special reference to the Canadian insurrection and its American abettors. The most celebrated of his opinions was the one in which he dissented from the decision of the Court as rendered by Chief Justice Taney in the Dred Scott case. McLean held that slavery was contrary to right and had its origin only in local law. He was long identified with the Free Soil party. In the Republican Convention at Philadelphia, in 1856, he received 196 votes, against 359 for Fremont, and in 1860 he got some votes in convention. He died in 1861.

At the time that he received this letter, Noyes Barber was serving as a U.S. Representative from Connecticut. Two of Barber's nephews would also serve in Congress as Representatives from New York: Edwin Barber Morgan, and Christopher Morgan.

For more about Noyes Barber, see:

At the time that he sent this letter, John McLean was serving as the Postmaster General, a position he held from 1823 to 1829 under Presidents James Monroe and John Quincy Adams. The United States Post Office Department was established by President George Washington in 1792. From 1829 to 1971, the Postmaster General was a member of the President's cabinet. In 1971, the Post Office Department was reorganized into the United States Postal Service, an independent administrative agency.

John McLean had a long career in politics and the law. In addition to his service as the Postmaster General, he founded the newspaper The Western Star in Lebanon, Ohio, practiced law, and held several political offices, including serving as a U.S. Representative from Ohio. He also served as a justice of the Supreme Court of Ohio.

John McLean was nominated to the Supreme Court by Andrew Jackson in 1829 and served as an Associate Justice until his death in 1861. He is known for his dissent in Dred Scott v. Sandford, 60 U.S. 393 (1856) and his strong opposition to slavery.

For more about John McLean's life and career, see: