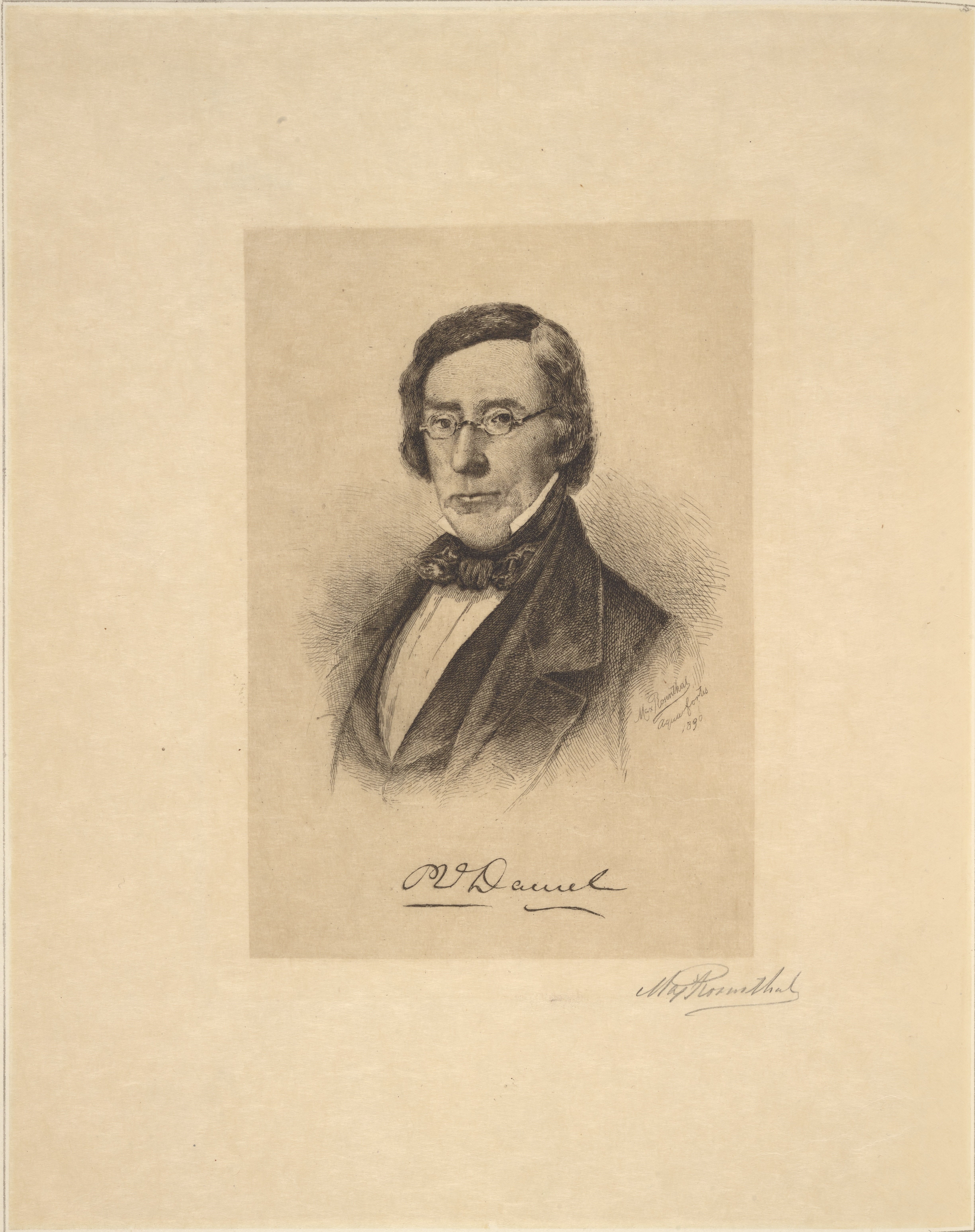 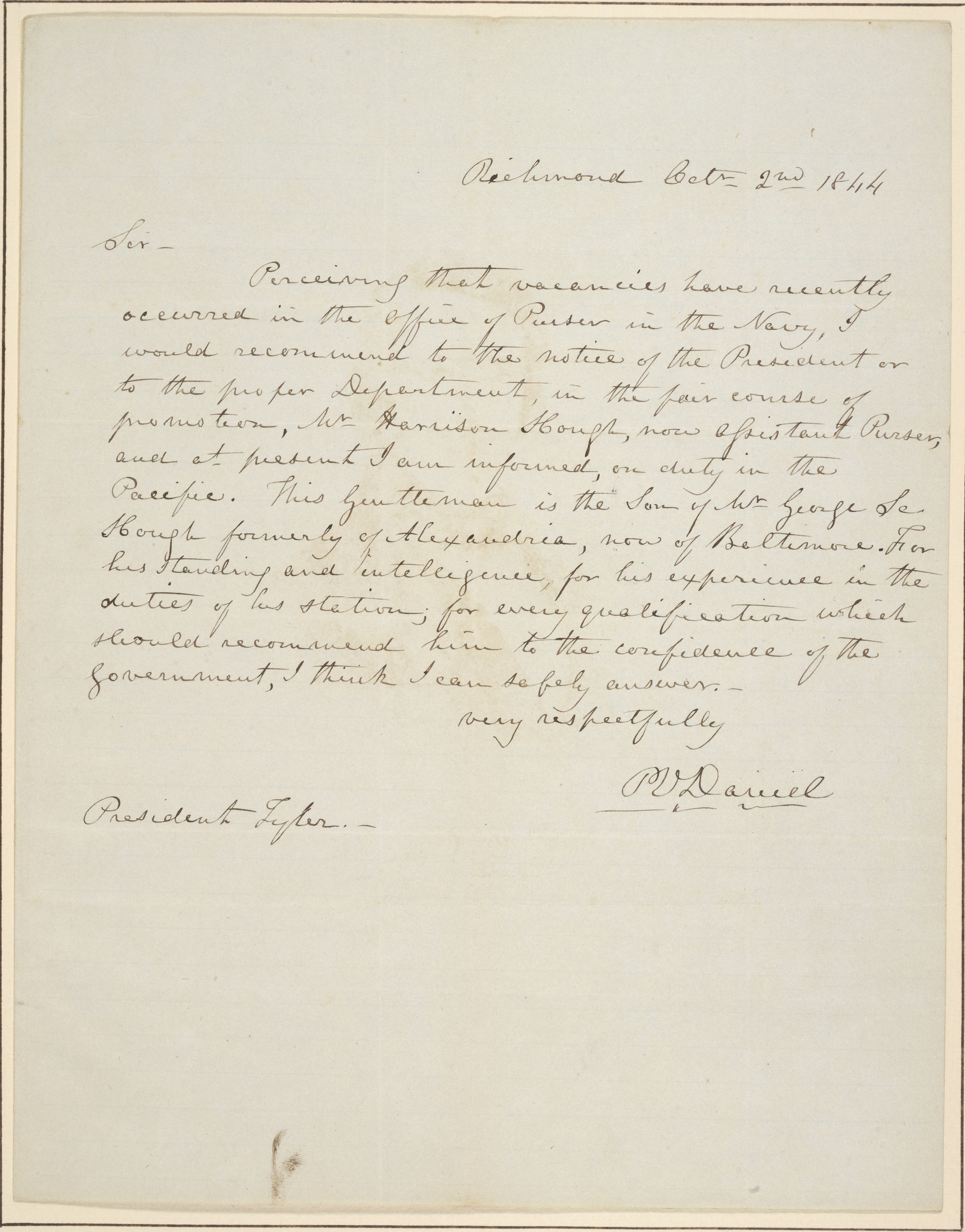 Perceiving that vacancies have recently occurred in the office of Purser in the Navy, I would recommend to the notice of the President or to the proper Department, in the fair course of promotion, Mr. Harrison Hough, now assistant Purser, and at present I am informed, on duty in the Pacific. This gentleman is the son of Mr. George [S.] Hough formerly of Alexandria, now of Baltimore. For his standing and intelligence, for his experience in the duties of his station; for every qualification which would recommend him to the confidence of the government, I think I can safely answer. -

At the time that he received this letter, President John Tyler was newly married, running for reelection in the 1844 election (as a third-party Democratic-Republican candidate), and negotiating the annexation of Texas. While his reelection campaign would prove to be unsuccessful, he was able to sign a bill offering annexation to Texas before leaving office in 1845.

For more about John Tyler, see:

For more about Harrison Hough, see:

At the time that he wrote this letter, Peter Vivian Daniel was serving as an Associate Justice of the United States Supreme Court. He was nominated for the position in 1841 by Martin Van Buren, and served until his death in 1860. Though he was a frequent dissenter on the Taney Court, he supported the institution of slavery and concurred with the majority in the Dred Scott case.

For more about Peter Vivian Daniel's life and career, see: