Envisioning a Place for Women at the University

When philanthropist John D. Rockefeller and University President William Rainey Harper envisioned "an institution of the highest rank and character" at Chicago, their plan provided for the education of undergraduate and graduate students, both male and female.  Coeducation at the University of Chicago, however, was not an inevitable choice at the turn of the century.  While neighboring public universities formed under the terms of the 1862 Morrill Land-Grant Act were coeducational from the start, scientists and educators in the 1870s and 1880s battled over the potential effects of educating young men and women together.  At the same time, the northeastern "Seven Sisters" colleges established themselves as prominent, elite models of higher education for women.

President Harper sought out leaders in women's higher education to his administration.  His first pick, Alice Freeman Palmer, was the former president of Wellesley College whose national reputation Harper perceived as essential to the success of coeducation at the new University.  Harper also lured a young Wellesley faculty member, Marion Talbot, to Chicago.  "Help us do what greatly needs to be done in this growing City of the West," Harper wrote Talbot, who accepted his offer in the summer of 1892.

The first Chicago women delighted in joining a small but vibrant community of female scholars.  Undergraduate Demia Butler recorded Dean Palmer's words to the first class of women students, encouraging women to experience "the great advantages of college life, and of college life in the midst of a great progressive city."  At a time when the usefulness of women's higher education was still being debated in many corners, Chicagoans embraced Palmer's charge.  As one student writer in the first volume of the University of Chicago Weekly declared on October 1, 1892: "Was there ever such an opportunity for American young men and women?" 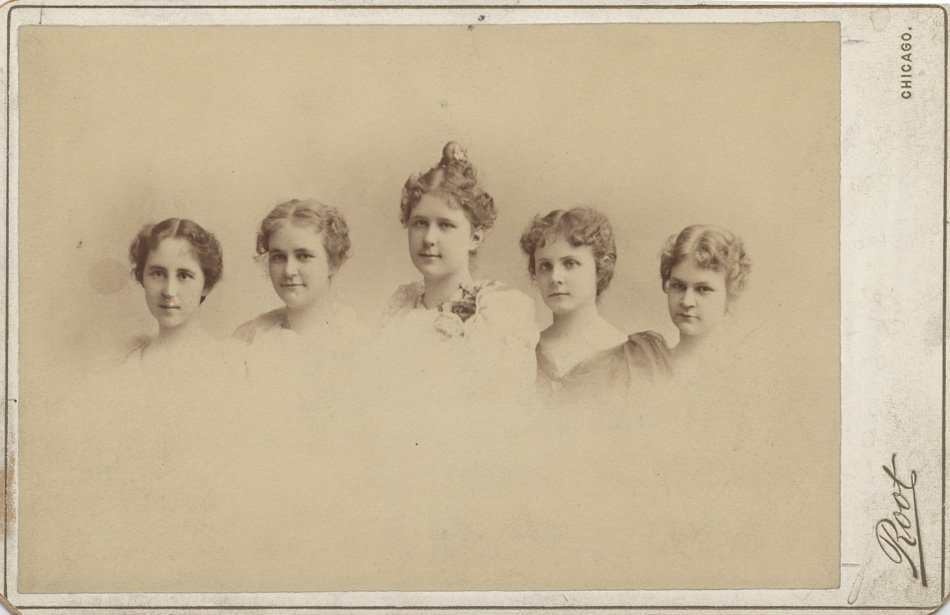 Residents of the Beatrice Hotel

Marion Talbot and some of the first women students moved in to rooms at the Beatrice Hotel on South Dorchester Avenue in the fall of 1892.  First-year students living at the Beatrice included (left to right) Margaret Purcell, Elizabeth Butler, Cora Howland, Grace Clark, and Demia Butler. 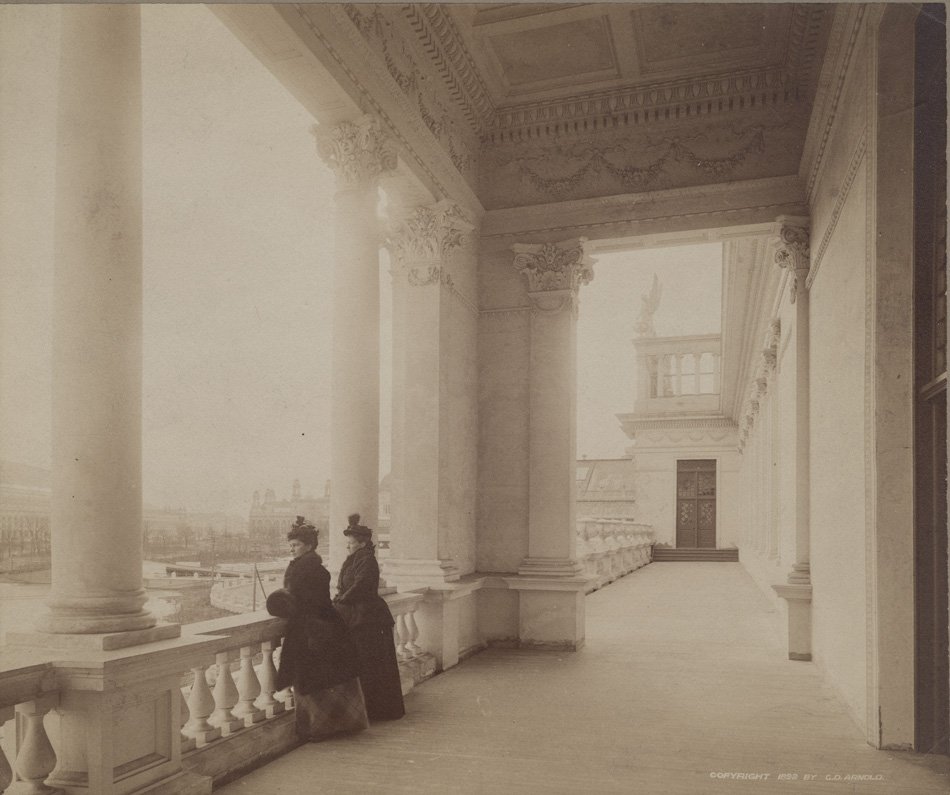 The grand Women's Building of the 1893 World's Columbian Exposition stood in Jackson Park, just blocks away from the new University of Chicago.