Archeological evidence for beer brewing and consumption is based in part on the discoveries of containers used for making, storing, and consuming beer. The spouted jugs are structurally very different from other types of containers used for pouring, and would be effective at straining out the extraneous solid matter which characterizes beer made by pre-industrial era brewing methods. 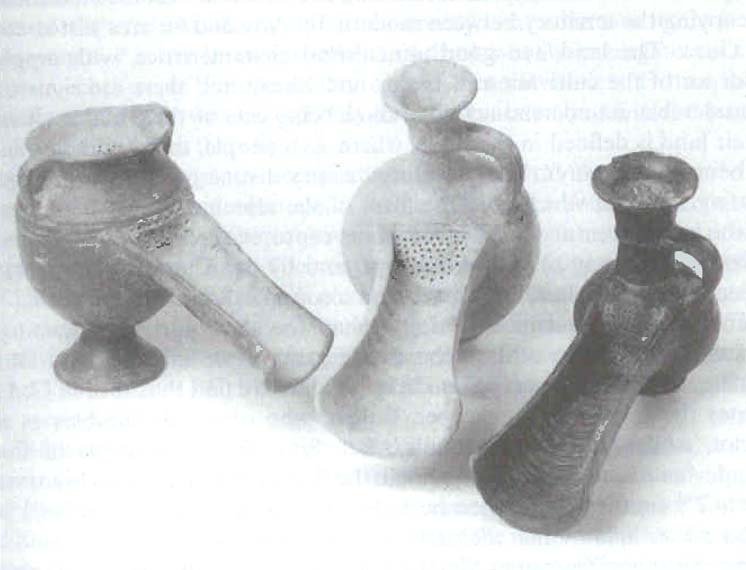