During the twentieth century, an influx of new technologies piqued the interest of adults and children alike with the rise of rapid transit, the expansion of railroad and shipping lines, and the advent of automobiles and commercial airplanes. Picture books and storybooks about train engines and boats became popular throughout the world.

Sometimes Western children’s stories were adapted for Soviet use, as in 40 Nord 50 Vest (Item 2, 1931), which adapts Rudyard Kipling’s poem “Forty North Fifty West.” The power of the  train to overcome distance is dramatized in Nisson Abramovich Shifrin’s fold-out book Poezd idet (A Train Is Coming).

Books like illustrator Vladimir Aleksandrovich Tambi’s Vozdushnye rabotniki (Workers of the Air) presented information about the new technologies and their benefits for contemporary society. Other examples used animated machinery to tell a story.

The Little Engine that Could, a tale that developed into a religious phenomenon, was first published in a magazine in 1906. It became a cultural archetype through the 1930 pseudonymous edition with Lois Lensky’s illustrations and the subsequent 1954 edition with illustrations by George and Doris Hauman. The little blue engine’s famous line “I think I can” succinctly captures the theme of empowerment.

Published that same year in the Soviet Union, with a text by Daniil Kharms, an author now known for his absurdist poetry and drama, Igra (Play) tells the story about three little boys who transform themselves imaginatively into an automobile, a mail barge, and a Soviet airplane. The illustrations discourage the reader from thinking that the boys’ transformation is literal. But Kharms’s words themselves are ambiguous about the nature of the transformation. When the boys encounter a cow, a palpable tension arises between the children’s imagination and the cow’s undeniable, implacable materiality:

“Watch out!” shouted Mishka.
“Step aside!”
shouted Vaska.
“Go away!” shouted Petka,
and the cow walked away.
They ran,

Both The Little Engine that Could and Kharms’ Play animate new technologies and encourage excitement and interest in the liberating nature of new machines. At the heart of both of these stories is the empowerment of a young reader who, through identifying with the technology, will become a more powerful member of society. 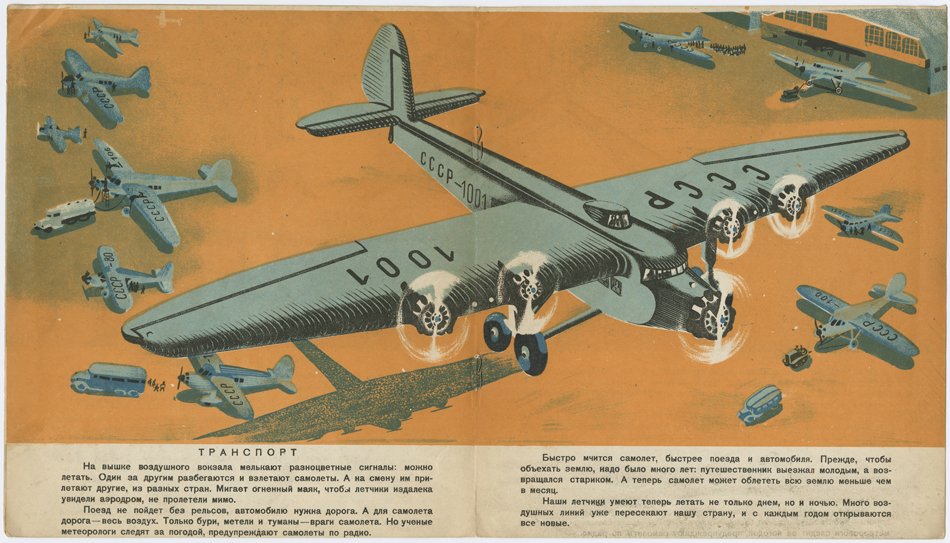 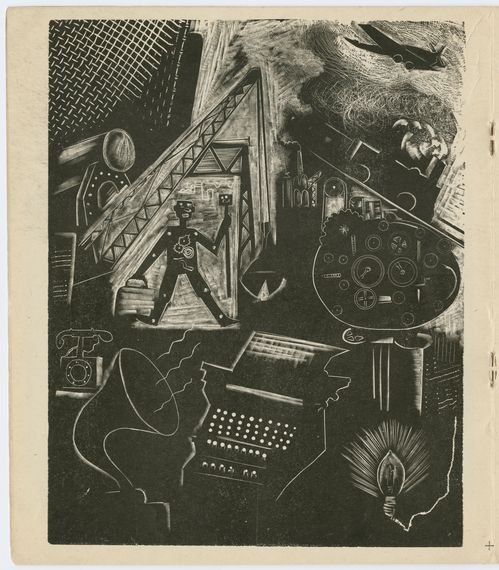 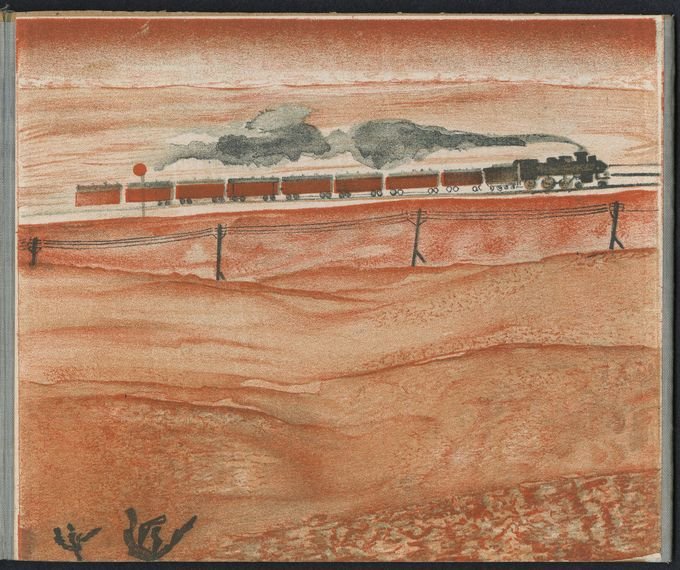 Poezd idet (A Train Is Coming)