Size informs use, a point suggested by the two medical books shown in this section. Johann Wecker's tiny Latin manual (Item 1) for the practice of general medicine is made up mainly of diagnostic guides and suggestions for the cure of specific ailments. A learned if highly compact reference book, it was designed to be carried by physicians, a function indicated both by its size and by the vellum wallet binding designed to protect the book in transit.

William Cowper's gigantic anatomy (Item 2), a large-paper folio, could not be more different, its size marking it for use within an institutional context. Designed chiefly for collective use in the anatomy theater, it offered the lecturer a set of visual aids that made vivid both the dissected body and the work of dissection. The book demonstrates an acute awareness of its size as a technology, nowhere more clearly than in table 71, which shows an anatomized, life-sized forearm emerging from a folio volume much like Cowper's own. A brilliant visual pun, the image constitutes a theoretical reflection on the use of books for representing the body. The arm and hand of the corpse are aligned with those of the anatomist and the engraver, whose work combined to make the book possible. The image is uncanny: even as the illustration represents a dead and immobilized hand, the index finger seems to separate itself from the rest of the hand in a lively gesture of emphasis through which the book essentially points at itself. 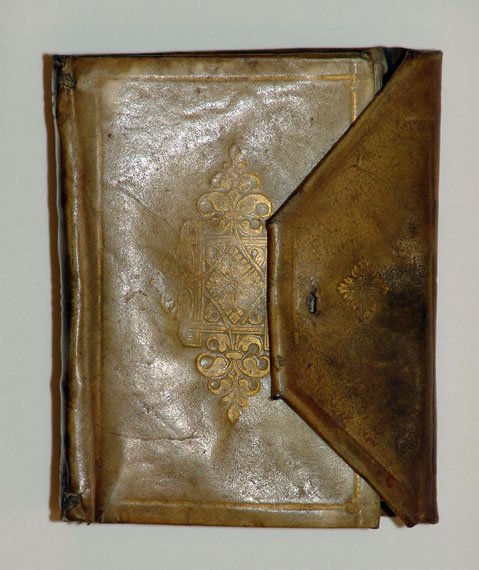 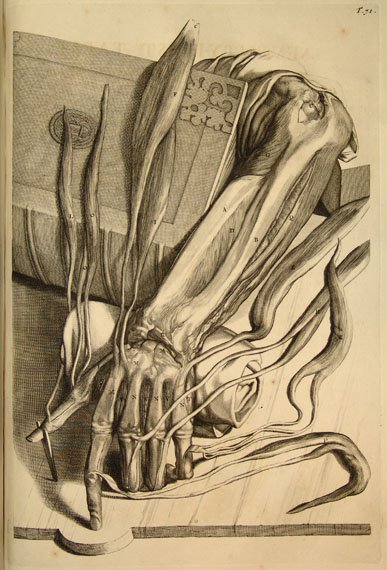 
The Anatomy of Humane Bodies, With Figures Drawn After The Life By Some Of The Best Masters in Europe . . . .
Oxford: for Sam. Smith and Benj. Walford, 1698.